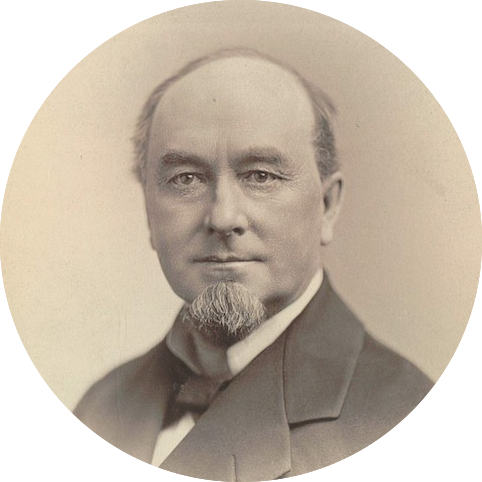 St. Mark’s life began in 1858 as a north Minneapolis mission of Gethsemane Church. After a brief surge of growth, the small congregation dwindled as the immigrants for whom the mission was built were attracted to newer churches more aligned with their ethnic backgrounds. In February of 1863, set on sled runners and pulled by thirty-three yoke of oxen, the mission building was moved to what was to become the center of the city. It should be noted that the original mission was on land owned by H.T. Welles, as was the land in the center city on 4th Street where it moved. In 1863, St. Mark’ was incorporated into parish. H.T. Welles was the first Junior Warden of newly incorporated St. Mark’s. 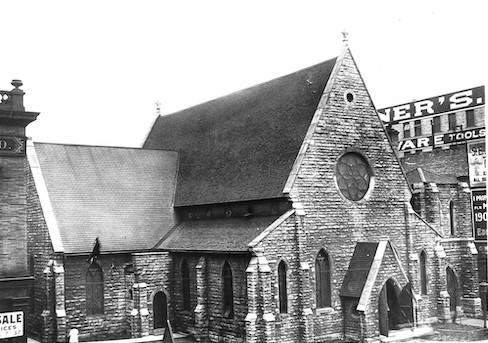 By 1870, the parish had built a new church on 6th Street which was occupied until 1908. The old mission building was towed away again to serve two more Episcopal missions. During Saint Mark’s first fifty years, membership grew rapidly, as did the commercial area around it. Its programs served not only the congregation but also the neighborhood. But encroaching commerce began to drive many neighborhood members away from town and toward the suburbs of Loring Park and the lakes. Fewer people were left to pay the church’s increasing bills. Parish resources were further depleted in 1880 when 150 members left after a dispute over finances and church politics and founded St. Paul’s Church. Saint Mark’s building was in need of major repairs, and its neighborhood crowded with streetcar traffic, stable smells, and general commotion had become more dangerous and less appealing. 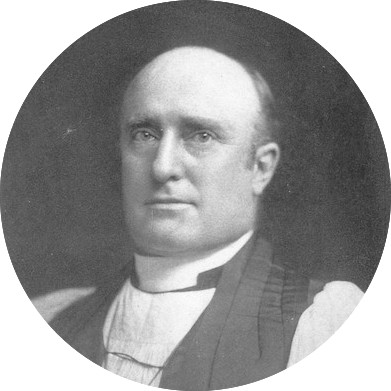 Into this welter of circumstances stepped Bishop Samuel Cook Edsall (also acting Rector of St. Mark’s from 1903-1907). He was determined not only to save the floundering parish but to transform it into something it had never imagined becoming, a great new cathedral for the Diocese of Minnesota. His dream became a possibility when downtown property values skyrocketed. Saint Mark’s land was suddenly worth a quarter of a million dollars more that it had been three years before. And when a long-time supportive parishioner offered to sell the church a portion of her Loring Park estate at a very generous price, the vision became even clear. And this longtime supportive member was Jerusha Welles, widow of the late T. B. Welles.

But Edsall did not have enough votes to approve the move until he obtained the support of a group of very determined women. They would only agree to move to a new location when funds were finally allocated to continue their work, the “Industrial School,” in their old neighborhood. What had begun as a single sewing machine lesson offered by Mrs. Annie Wells, wife of the Rector Thomas Bucklin Wells, eventually grew into a settlement house that provided decades of service to countless immigrants and newcomers. 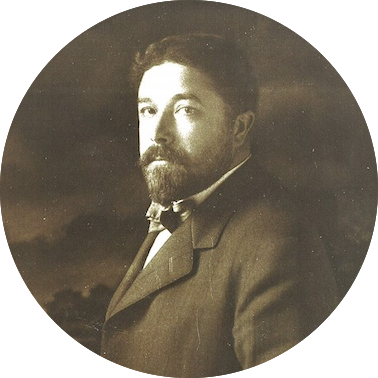 To design the “new” Saint Mark’s, the Vestry chose parishioner Edwin Hawley Hewitt as architect. Trained in Europe as well as in the United States, he envisioned a new-Gothic design, airy, light and warm. Positioned on a hilltop overlooking the park and facing the city, Saint Mark’s may not have been a cathedral yet, but it certainly looked like one. New members were quickly drawn to join the congregation, and within five years of its opening in 1910, the church had over 1000 members on the rolls.

Saint Mark's Through the Years 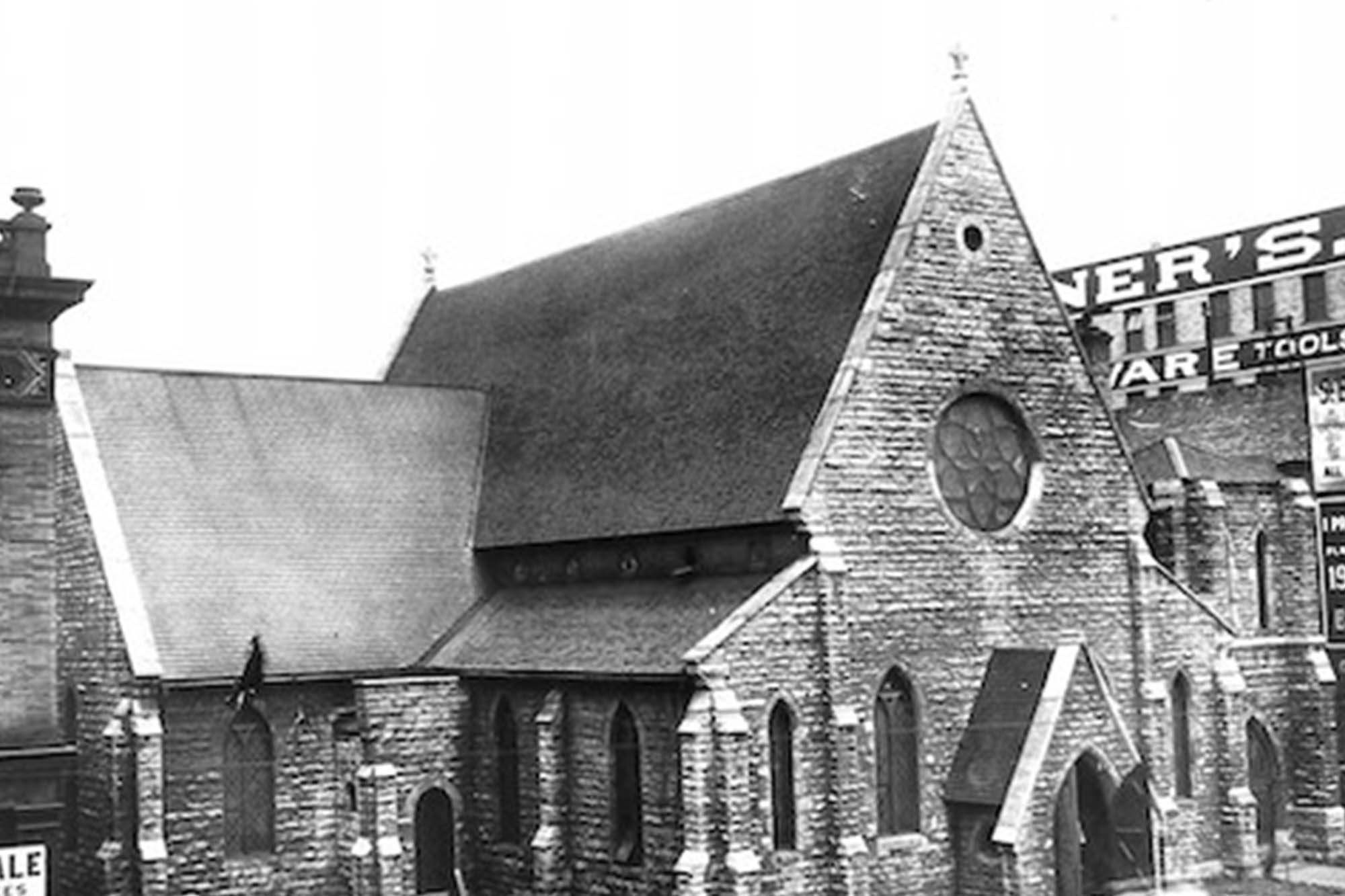 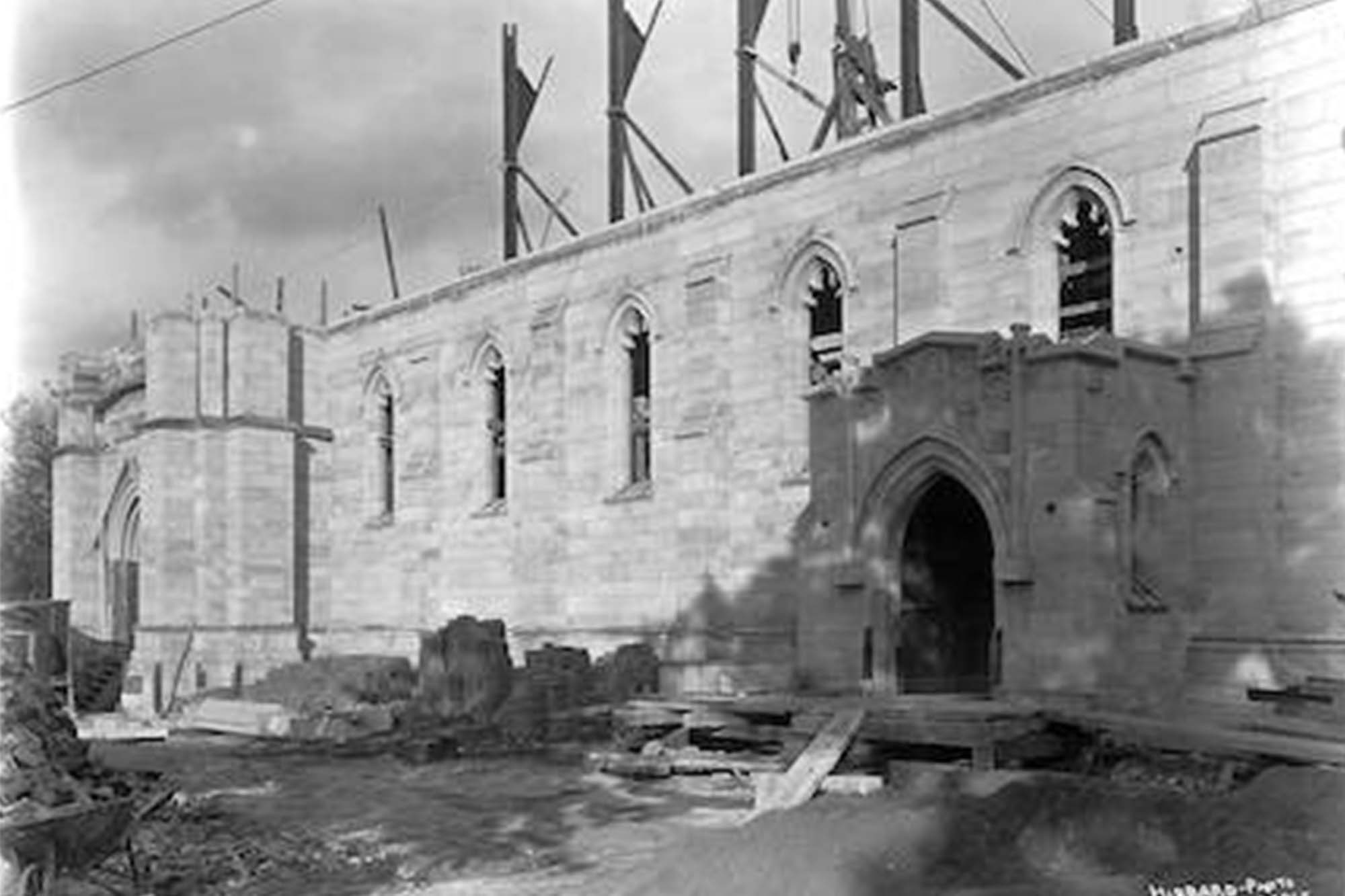 Cathedral Under Construction (Opened in 1910) 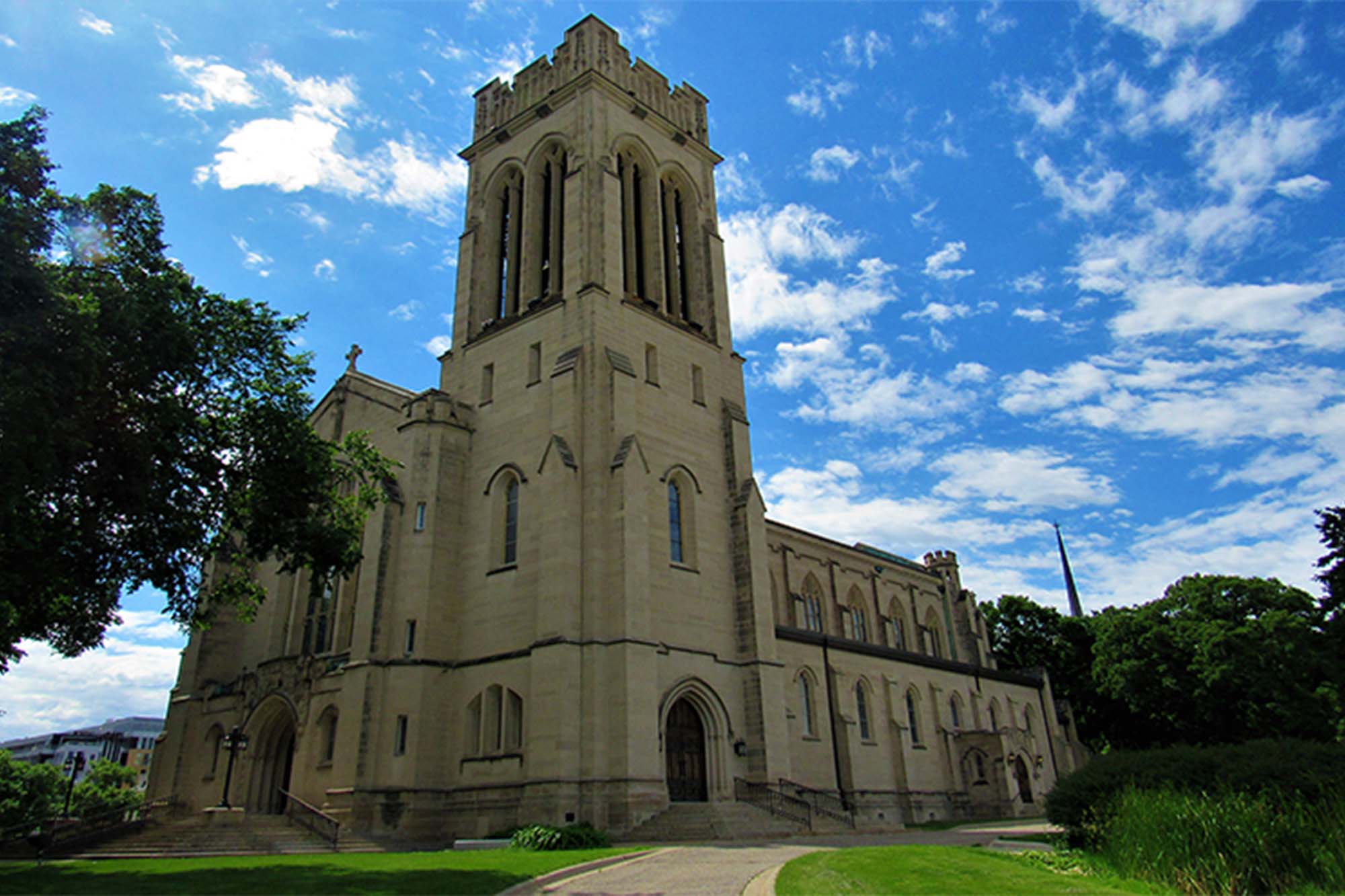 Key Moments in the History of the Cathedral 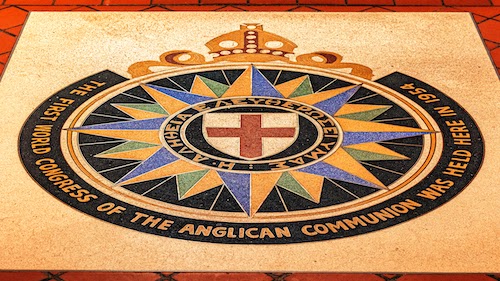 Commemorative terrazzo seal in the floor of the Nave

Saint Mark’s designation as Cathedral came in 1941, on the eve of America’s entry into World War II. There have been many highlights in its history since then, including the convening of the First World Anglican Congress in 1954. 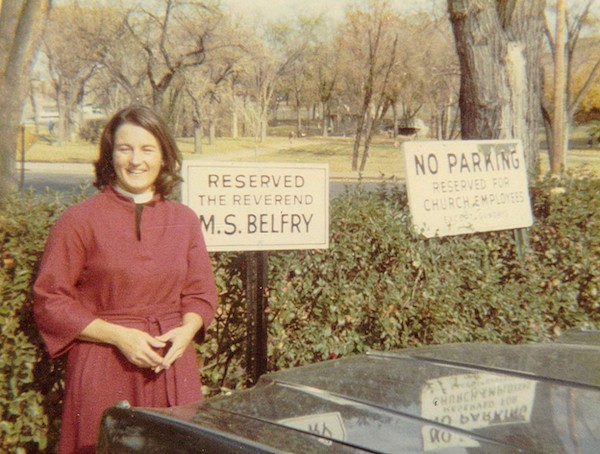 The Cathedral was a focal point of the church’s historic 1976 General Convention in Minneapolis, during which women were first officially accepted for ordination to the priesthood and the current Book of Common Prayer was adopted. In less than a year a woman was ordained to the priesthood at St. Mark’s and became the first woman to serve as a canon at the Cathedral. This was Mary Belfry, now Mary Belfry Hansley. Since that time there has continually been a woman serving on the clergy staff. 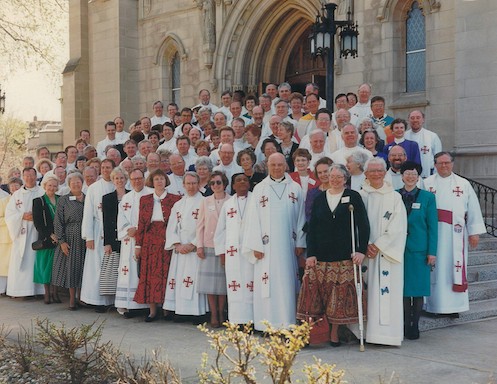 Saint Mark's also hosted the Conference of North American Deans in 1991. General Convention came to Minneapolis a third time (the first was 1895) in 2003, with its landmark ratification of Gene Robinson as the church’s first openly gay bishop. His return here in June 2013, directly after the Minnesota and Supreme Court rulings on gay marriage, was a highlight of celebrations throughout the community.

For questions about the history of Saint Mark's, contact us. 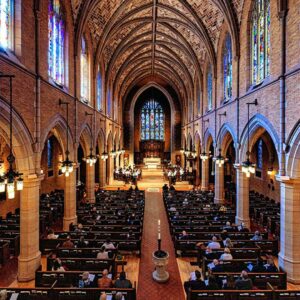